Todd Usen, CEO, Activ Surgical
A surgeon’s decision-making abilities during a procedure are indubitably seconded by none. However, certain steps in any surgery–even in standard surgical procedures–require surgeons to make decisions based on not only what they can see, but what they can’t see as well. Regularly, surgeons are forced to make vital decisions during surgery based on intuition and prior experience.

Consider the case of a 43-year old male who underwent a colectomy— without complications— to treat Crohn’s disease. Soon after coming home, the patient developed significant abdominal pain as well as a fever. Upon returning to the hospital, the patient was given medication to control the pain and fever, and then sent home.

At home, the patient continued to experience significant pain and high fever, and was ultimately re-admitted to the hospital for a second time. On admission, it was noted that the patient had a distended abdomen as well as a lack of urine production. The treating physician ordered a CT scan, and the patient was given antibiotics. Hours later, a physician discovered a leak in the patient’s bowel caused by the initial surgery, and the patient then underwent a second surgery to repair the leak.

Following the surgery, the patient developed compartment syndrome and sepsis. The patient’s condition continued to deteriorate, and the patient died in the ICU.

Unfortunately, such preventable and unintended surgical errors are the third leading cause of death in the U.S after heart disease and cancer. These errors claim approximately 250,000 lives every year in the U.S alone. According to a study by John Hopkins University, it was recognized that diagnostic errors, medical mistakes, and the absence of safety nets could be some of the likely reasons for these deaths.

Could such errors have been prevented? Activ Surgical’s CEO Todd Usen believes that his company’s technology can make a difference.


Preparing for their upcoming series B financing, Todd and his team at Activ Surgical are building ActivEdge, a hardware-agnostic surgical software platform that will allow minimally invasive surgical systems—through the use of AI, data analytics, smart sensing, and machine learning—to collaborate with surgeons autonomously. But first, they’re focused on commercializing ActivSight, a device that will augment surgical visualization and imaging equipment in real-time in order to provide critical information to surgeons not currently available today. For example, ActivSight can visualize blood flow at all points intra-operatively without the use of traditional dyes. As a result, ActivSight can be utilized to improve a surgeon’s decision-making capabilities while reducing unintended and preventable surgical complications.

Through the use of ActivSight the company will also capture tens of thousands of surgical data points prospectively that will be uploaded to the ActivCloud and then fed back to customers with real-time annotated markers. The company’s technology will also have the capability to “Geofence” to protect critical organs, nerves, arteries and veins during surgery. “Our technology will not only tell you what something is, but where it is,” Usen stated.

Activ Surgical’s goal is to work with all surgical imaging technologies, from scopes to robots, to enhance their value proposition through the use of the ActivEdge technology. “We also believe that our ActivEdge Platform will create an accelerated push where both robots and surgeons have collaborative decision-making capabilities,” Usen commented.

Activ Surgical is backed by 100 years of Medtech experience in its senior leadership team. The company, established in 2017, spun out of research conducted by, a pediatric surgeon and its founder—Dr. Peter Kim.

Slated to hit the market in the fall of 2020, ActivSight is set to drive transformational change. “We want to give surgeons a tool that offers real-time surgical intelligence and capabilities far beyond the current standards,” added Usen. “Our focus is now on providing global access to best-in-class surgery, regardless of location with the ultimate goal of eliminating preventable surgical complications, improving patient outcomes and providing savings to healthcare systems,” he concluded. 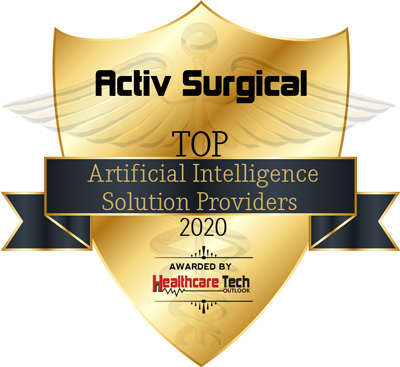 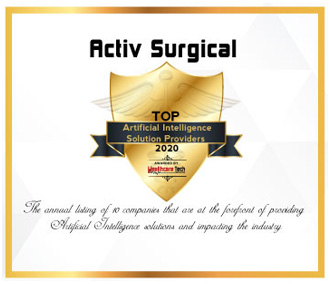